In my last article, I stated that Google Glass was a failure and would only be successful in niche markets. I change my mind. Google Glass is cool, dad gummit! I want to be able to beam data straight into my retina so I’m not giving up on it. Google Glass will rise from the ashes and become

awesome. Please?I predicted that being able to cheaply print your own legos and Tupperware would become a reality in 2014. I was wrong. 2015 is the breakout year for that, I promise. Drones that deliver packages to your door will NOT happen in 2015. It’s a cool idea but the liability blows my mind. Maybe in 10 years.I recently paid $200 for a smartwatch. It is awesome but just a little buggy. 2015 will see smart watches perfected and more awesome than mine for under $75.With the recent surge in health and fitness bands, I’m going to go out on a limb and predict that someone will introduce a gadget that you put in your mouth that will count calories and make you feel guilty in real time.Someone will announce a new type of smartphone battery that is powered by “energy scavenging.” It will charge itself much like old “windless” watches using motion. People like me who sit at a desk all day long will still have to use the old fashioned charger. Someone will introduce a “subvocalization” gadget that you wear close to your Adam’s apple. It will “hear” you speak commands into your phone without you actually speaking. Everyone who uses this will look like they are choking on a chicken bone. Your phone will respond to you via a nearly-invisible earbud.

Someone will introduce new 3D technology that will allow you to interact with your friends much like Princess Leia interacted with R2D2 back in 1976 in a galaxy far, far away. You’ll be able to don a pair of 3D glasses in your living room and walk through a home plan or virtually sit in a boardroom in Japan.

This will be the breakout year for home automation. Great strides have been made in controlling your thermostat, door locks and lights but virtually all new home construction in 2015 will include some advanced automation technology - including the home I am about to build. I can’t wait to share some of my new home with you folks. Happy new year!

Useful information shared about new technology 2015 predictions. I am very happy to read this article. Thanks for giving us nice info. Fantastic walk through. I appreciate this post.

Hi, I think your blog is very good, very poetic, also very talented, hope you can pay attention to my blog, thank you for coming. Thanks
hp scanner copier printer raipur 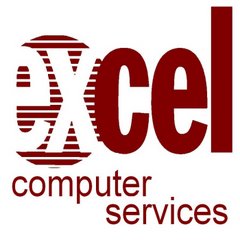